The “TSAKIRIS – INVESTMENT CONSTRUCTION TECHNOLOGY OF RHODES” or “TSAKIRIS EKTEP” 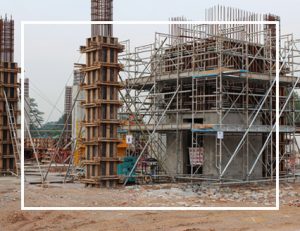 company has emerged as a transformation of the group of companies of “TECHNICAL CONSTRUCTION COMPANY”. Since 1990, the company has been operating in Rhodes in the form of individual business by Tsampikos Tsakiris, and in 2000 was transformed into a company under the name “TSAMPIKOS TSAKIRIS & CO” by the distinctive title “TECHNICAL CONSTRUCTION COMPANY” having a second grade contractor degree. In 2003, the second company of “TSAKIRIS TECHNICAL EE” Group was founded, with a first degree contract, while in 2006, the 3rd company “KALIPATEIRA COMMERCIAL OE” was established with a 1st degree contract and commercial activity. Finally, in 2011, “KELYFOS INVESTMENT CONSULTING TECHNICAL CO.” is established, aiming at the exploitation and management of real estates and the preparation of financial and technical projects.